The Tatar word “babai” (“grandfather”) is now likely to be learned by everyone who has followed the annual press conference of the Russian president Vladimir Putin. Answering the question on the “language issue” posed by a journalist from Tatarstan, he said that mandatory study of native languages ​​in schools throughout Russia was canceled in order for children to not lag behind in learning Russian, the language of inter-ethnic communication, and that this was done in order to establish equal starting opportunities for all children, because, after all, higher education is in Russian. The president of Chechen Republic Ramzan Kadyrov recently also stated that “the Russian language is the thing that unites us all”, however, the study of the Chechen language in this republic is still mandatory. Growing tensions around the policy of studying Russian language were recently demonstrated by the sudden audits in the regions – ordered from the centre – regarding compulsory studying of national languages. This has resulted in the abolition of the obligatory study of Tatar language in Tatarstan, the reduction of hours of study from 6 to 2 per week (and still only possible after the parents write a formal request for “voluntary study” of the language) and the resignation of the Minister of Education of Tatarstan. All this compels one to recall similar events from 80 years ago.

The screwing and unscrewing of bolts in “the linguistic question” occurred in the Soviet Union in a pendulum-like fashion. The Soviet government first declared support for national languages ​​and the possibility of using them in all spheres of life, while the concept of “state language” was absent (Russian language, by the way, gained the status of state language in the country only in 1990). This approach is somewhat idealized (as it is still troublesome to translate from each language for everyone in all life situations), but for its time it was progressive, and in the 1920s-1930s generally much has been done to develop the languages ​​of various ethnic groups, be them large or small. As a result of Soviet “language construction” in the national languages, teaching of national languages was conducted in schools, educational and fiction literature was published, dozens of languages ​​acquired scientifically grounded spelling, educated people were growing up in their respective national environments, writers and poets were writing in their native languages.

However, what brings to mind the idea history repeating itself, is that by the end of the 1930s this blossoming of national and linguistic life was also terminated by an order from the top. The national intelligentsia, including philologists and literary workers, was subjected to repression; the publication of books and periodicals in national languages ​​has stopped, Latin script was banned (and some languages ​​that had been using the Latin alphabet, had to change the script immediately). The ethnic local Soviets and ethnic districts were liquidated (although there were as many as 5,300 and 250 respectively in 1933), the decree of the Central Committee of the All-Russian Communist Party (Bolsheviks) and the Council of People’s Commissars “On the reorganization of national schools” declared that schools, where education was carried out in “small” (endangered) languages were labeled “​the centers of the bourgeois nationalist, anti-Soviet influence on children”. Soon these were almost gone or were transformed into Russian or “titular” republican (regional) languages ​​of instruction. In addition, the implementation of the resolution of the same bodies “On the obligatory study of the Russian language in schools of national republics and regions” (1938) led to the Russification of the education system, at least in the Russian Federation (RSFSR). At the same time the decree signed by Vyacheslav Molotov and Joseph Stalin stated that: “Mother tongue is the basis for teaching in schools of national republics and regions, exceptions to this rule that had place in some autonomous republics of the RSFSR could only be temporary, while the tendency to transform the Russian language from the subject of study into the language of instruction is thus an infringement on the native language, and is harmful and incorrect”.

In the 1930s and until the demise of the USSR, the surviving national schools went through new reforms, as a result of that studies and education in the native languages ​​were preserved only in a number of regions, and then this was done not for the whole period of education and, with rare exceptions, only for “titular nations”. At the same time, the quality of education in national schools was declining, as was their supply of personnel and teaching materials. The statistics are as follows: in the early 1960s, teaching in schools was conducted in 47 languages ​​of the peoples of the RSFSR, in the early 1970s – in 30 languages; in 1982 – in 17 languages only. Complete secondary education was available only in Tatar and Bashkir languages aside from Russian.

That was the situation at the beginning of perestroika when the bolts were slightly untightened and the pendulum swung in the opposite direction: national revival began, but by that time many languages ​​were already on the verge of extinction. Some of the achievements made in the 1990s have evaporated since: in 2010, the Shor language department was eliminated at the Faculty of Russian Language and Literature of the Kuzbass State Pedagogical Academy; the efforts of public associations to popularize the Roma language, whose bearers never had their own statehood, were not supported by the authorities in any way. Violations of the rights of these and other ethnic groups to use their native language were and still are a constant subject of criticism towards Russia at international forums and from human rights experts.

The Tatar language, fortunately, is not yet in the risk zone, as it is not so easy to ditch a language spoken by several million people, but the Russification of the educational system in Tatarstan is well documented. Until very recently, the study of the Tatar language in the schools of this region was compulsory. Then it turned out that this contradicted federal legislation. It also turns out that the unfortunate Russian children were forced to spend precious school time studying the Tatar language “which was completely useless for them”, and even Tatar parents were reportedly among the first to file requests that their children would like to have additional hours for studying Russian. This attitude of adult representatives of ethnic minorities to the language instruction of their children is not new: this is how language assimilation has always happened. Back in 1958, when the Soviet parents were first given the opportunity to choose to which school their child would go (in accordance with the newly adopted law “On strengthening the school’s connection with life”), the number of children who received instruction in their native languages ​​dropped dramatically: many “non-Russians” believed that their native language was second-rate, and the Russian language offered better perspectives, especially since adherence to the mother tongue was associated with the risk of getting accused of “nationalism”.

But it is a clear case of discrimination when a child, who speaks a non-Russian language, has fewer starting opportunities than a native Russian! The efforts of the state should preciselybe directed towards overcoming this inequality, both to ensure the right to education in one’s native language and to provide quality instruction in the Russian language. In addition, it is necessary to accustom the population of Russia to the fact that bi- or tri-lingual persons ​​are normal, that studying the languages ​​of the regions where you live is not a waste of time, that the languages ​​of neighbours are interesting and important, that having an accent when speaking Russian is not the end of the world. It would be important to explain to the Russian parents living in Tatarstan, in particular, that the Turkic languages ​​are closely related; that after learning Tatar, you can easily learn to understand a dozen other languages, and, after all, to find a job that requires this knowledge.

When the study of the language ceases to be compulsory, when there is not even a mere attempt to create books, official documents, manuals, broadcasts in some language, it turns into a symbol, a fragment of the national spirit, a memory of the former prosperity of the people. In the public space, the remnants of such a language are at best street signs, songs performed at folk festivals or “days of interethnic friendship”, while the language itself, alive as it is, moves first to the household, then to the tipi, to the kitchen, and then disappears altogether, because for grandparents it becomes impossible to talk with children and grandchildren who “voluntarily” chose the language of the majority.

Everyone understands that it is necessary to preserve biological diversity, but for some reason the unacceptability of the principle “only the strongest win” in relation to languages ​​and cultures is not clear to everyone. Languages ​​do not die by themselves, but because the people who speak them, like the surrounding language majority, consider “small languages” useless and second-rate, and their study and support, a waste of time and effort. This cynical stereotype arose not only as a result of globalisation, but also as a result of a long-standing (although it is not centuries-old) state policy of excluding minority languages ​​from the public sphere and suppressing any moves towards emancipation. The determining condition for the survival of the language is its transmission from generation to generation, and the condition for the rescue of a language that is endangered is the availability of young people motivated to use conversation in mother tongue in everyday life, which can make this language popular and fashionable, as well as a possibility to acquaint the world with the achievements of a particular ethnic culture. But where would these “motivated young people” emerge from, one may ask, if their parents have already decided “voluntarily and in written form” that the Tatar (or Bashkir, or Buryat) language was not necessary to learn?

A bilingual person is richer than a monolingual person – they possess two conceptual apparatuses, two figurative systems, two cultural traditions. The habit of linguistic diversity gives hope that in life such a person will show greater tolerance for “someone different”, will not despise and reject the manifestations of a different culture. There is also a practical benefit – it is easier for bilingual people to learn more languages, which gives more opportunities for professional development.

Refusal to study and use a particular language is not at all as harmless as it is usually thought of. In addition to the loss of cultural heritage, which may be difficult to feel and appreciate on a personal level, there are also obvious negative consequences – first of all, the stress, discontent, resentment and humiliation of people whose rights to an ethnic identity, including language, were refused and violated. And this in itself is fraught with conflicts related to ethnicity, with risk of provocation and of manipulation for political purposes, of activists being “extremist”. It is this – and not the “time wasted on learning a language” – which is to be feared.

First published on the blog of “Radio Liberty” 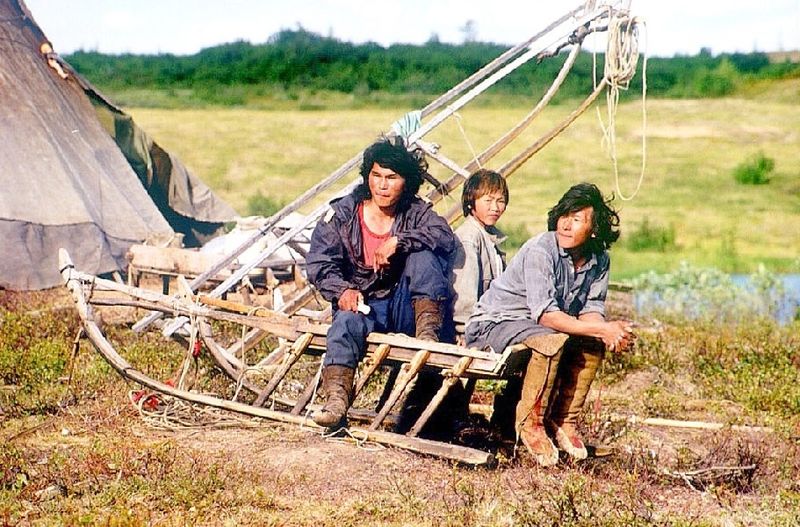 New escalation in the GBAO, Tajikistan