On June 4 Svetlana Medvedeva appealed to ADC ‘Memorial’ for help because of gender discrimination she suffered from, when she applied for a job. As Svetlana said, in 2005 she graduated from Samara River Technical School (speciality ‘ship navigation in inside waterways and coastal navigation’) and got a qualification ‘machinist-sailor’. Having this qualification she can work as a machinist-helmsman, but when she applied for this job, she was turned down. The employer, ‘Samara River Passenger Enterprise’ refused to employ her saying that women can’t occupy this post though she had all necessary qualifications and answered all demands (it was proved with signatures by officials in her application). The employer referred to Resolution of Government of the Russian Federation on 25 February 2000, №162 ‘On approval of list of hard jobs and jobs with harmful or dangerous work conditions where women are not allowed to work’. Dangerous level at working place had to be reduced, and that place had to be standardized according to norms of labour law – this is employer’s responsibility which was not implemented. And refusal to employ just because of gender reason in this case is discrimination which is prohibited by constitution and labour legislation of the Russian Federation.

After considering Medvedeva’s application lawyers of ADC ‘Memorial’ sent a claim to court against ‘Samara River Passenger Enterprise’ demanding to make safe working conditions where labour rights can be exercised completely, no matter if employee is a man or a woman. The first hearing is on 3 August 2012, time will show which side a pan of justice scales will be, but it’s worth remembering that Resolution of Government of the Russian Federation on 25 February 2000, №162 ‘On approval of list of hard jobs and jobs with harmful or dangerous work conditions where women are not allowed to work’ has already been a subject in court as a reason for groundless discrimination and violation of equality when people apply for a job. 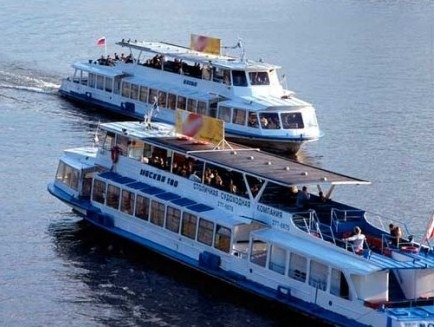