On March 22, 2013 ADC «Memorial» held the round table «Defending the rights of children from vulnerable groups in St.Petersburg». Besides the lawyers and human rights activists of ADC «Memorial», the representatives of FMS, Coordination council of tajik diasporas of St.Petersburg, Detention center for young law offenders, «Transit» shelter, children rights ombudsman office in St. Petersburg as well as Health and Social care policy committees took part in the activity.

There were discussed the actual problems of respect for the rights of children-foreign citizens in the field of health care, education, migration status and observation of children interests. The question concerning the condition of children from foreign roma/gipsy communities living in St.Petersburg was raised. In the light of Russia’s international commitments and provisions of the Constitution, shortcomings of the migration law and the implementation practice become evident.

Amongst the problems demanding urgent resolution were mentioned: gaps in the migration law, problems in organising the education process for children-foreign citizens, procedural violations made by policemen as well as lack of funding and failure in coordinating the actions of the services involved. 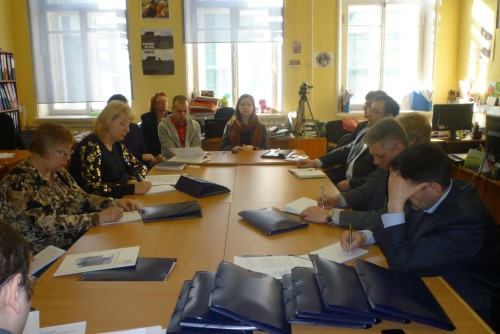