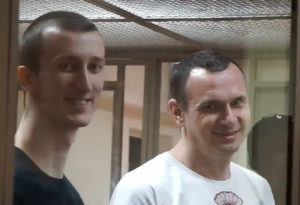 The sentencing on 25 August of Ukrainian filmmaker Oleg Sentsov and civic and antifascist activist Alexander Kolchenko to respectively 20 and 10 years of severe regime detention is scandalous, declared today FIDH and ADC Memorial. Both were abducted from Crimea in May 10, 2014, forcibly attributed the Russian nationality and tried on charges of terrorism. Our organisations call for their release and demand the the Russian authorities to investigate the allegations of torture claimed by defendants and witnesses of the case, which were rejected by the prosecutor during the trail.

Oleg Sentsov was known for his participation in Maidan protests in Kiev in the end of 2014-beginning of 2015 as well as for his outspoken opposition to the Russian occupation in Crimea. Alexander Kolchenko was targeted for his activism against the annexation of Crimea.

Together with two defendants in the same case – Gennadi Afanasiev and Aleksei Chirnii – they were accused of belonging to a branch of “Pravyi sector”, a far-right Ukrainian organisation prohibited in Russia, which supposedly attacked in Crimea in April 2014 the offices of the Russian Community in Crimea group, and the pro-Kremlin United Russia Party. Sentsov pleaded not guilty on all charges whereas Kolchenko admitted he participated in the action against the United Russia office but fully rejected the charges of terrorism he was facing. Both civilians, Sentsov and Kolchenko were tried in a military court for crimes over which civilian courts have full jurisdiction. The trial was marred with numerous and grave procedural violations.

The case relies solely on testimonies given by Afanasiev and Chirnii. Afanasiev took back his accusations during the July 31 hearing claiming they were given under torture and ill-treatment by the security services. He was threatened with reprisal during and after the same hearing. Chirnii was also allegedly mistreated, and his lawyer was reportedly removed from the process after having reported this.

The court continued the proceedings without considering the allegations of torture and relied on video tapes recorded during the interrogations. After the defence pointed out discrepancies in Chirnii’s statements, the court decided to rely exclusively on his recorded testimonies.

“A court that sentences without substantial proof, that does not investigate allegations of torture and that convicts solely based on video tapes obtained through coercion discredites the very notion of justice”, stated Karim Lahidji, FIDH President. “The only objective of this outrageous and dramatic show trial is to intimidate anyone critical of the Russian presence in Crimea”.

Not only did the trial illustrate once again that the justice system is completely under the orders of the regime, it also revealed a new level of violence and impunity for torturers. When withdrawing his testimony, Afanasiev detailed his plight : Russian security service officials beat him during and after the arest and during interrogation, suffocated him with a gas mask, administrated electric shocks to his genital parts and threatened him with rape, all to force him to testify against Sentsov. Oleg Sentsov also declared having been subjected to torture, including being suffocated with plastic bags, heavy beating which left noticeabe traces, and threatened of torture and rape. None of this  prevented the trial from continuing. Moreover, in October 2014, the Investigation committee of Russia officially refused to open the case as requested by Sentsov’s lawyer, arguing that the obvious signs of ill-treatment that were seen on him were a result of sadomasochistic sexual practices he was accustomed to before the arrest.

“Crimea became a training range for political repression of a historically high scale. Representatives of the Crimean tatars, civic activists, Ukrainian patriots are the first targets there, but these horrific practices threaten to spread over to Russia”, stated Head of the Anti-Discrimination Center Memorial Stefania Kulaeva. «The case of another activist, Alexander Kostenko, kidnapped in Ukraine, tortured, beaten and recently condemned in Crimea for more than three years of detention is yet another example of this.»

FIDH and ADC Memorial support the European Union assesment of «the case to be in breach of international law and elementary standards of justice» and join its call to the Russian Federation to immediately release Mr Sentsov and Mr Kolchenko and to guarantee their safe return to Ukraine. 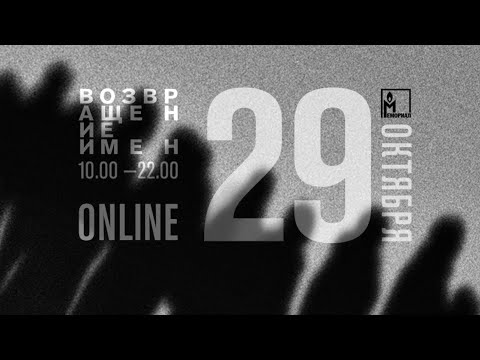