In recent years, Central Asian countries have experienced a number of conflicts involving ethnic minorities. As a rule, the authorities consider them to be caused by day-to-day and economic discord, denying discrimination. At the same time, responsibility for the causes and consequences of the conflict is usually assigned to the victims – representatives of ethnic minorities. Although official rhetoric proclaims the principles of tolerance and multiculturalism, ethnic minorities face both latent or open racism, as well as the colonial attitude of the ethnic majority towards minorities (suspicion of separatism, suppression of any social movements).

Why do community conflicts assume an ethnic dimension so easily? How should government ethnic policies be shaped? What is civil society’s role in developing peace building? These topics will be the focus of a discussion with the regional experts and human rights defenders:

Alisher Ilkhamov, Central Asia Due Diligence: Suppression of the protests in Karakalpakstan, July 2022 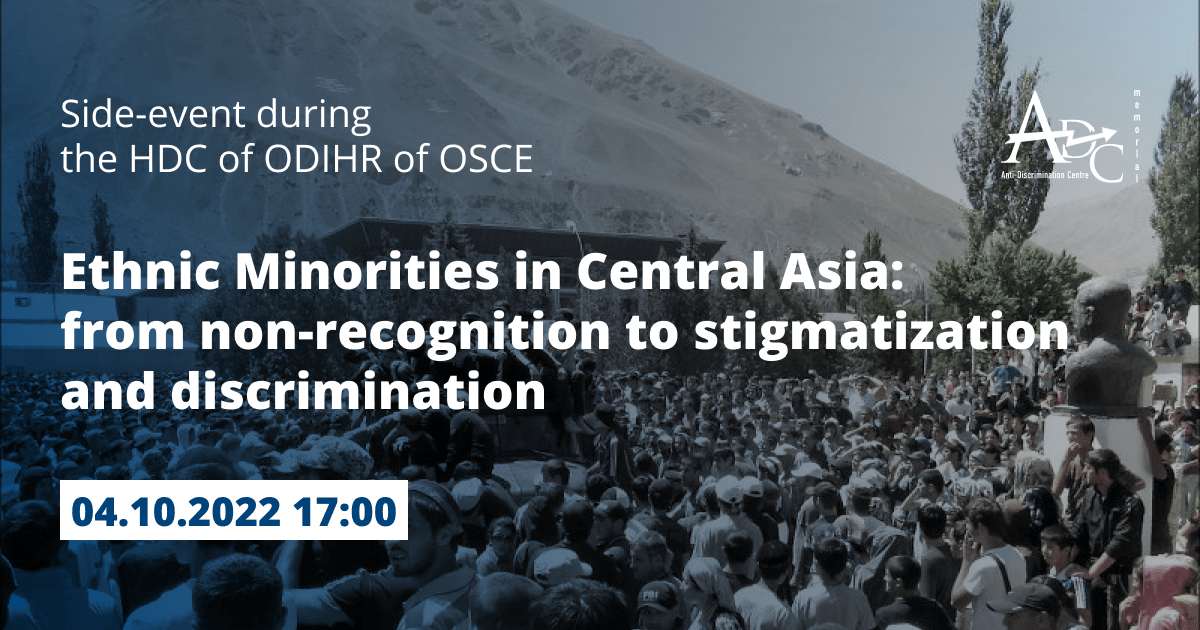 It is Impossible: Dreams of Peace in Pamir

Ethnic minorities in Central Asia: from non-recognition to stigma and discrimination