Discussing seriously the writings of Ulyana Skoybeda [reporter of “Komsomolskaya Pravda” newspaper, infamous for her racist remarks] is probably bad tone in itself. Racism and anti-Semitism, homophobia and hatred towards Ukrainians, migrants, liberals … This is hardly interesting at all and does not deserve any additional advertising. However, there may be a difference between an insulting and prejudiced opinion of a journalist, whom we know so well by now, and creating a real danger for people. I’m positive that in her recent report about the “gypsy arsonist” at the “Winter Cherry” shopping centre fire Skoybeda went further than her usual invectives against “non-Russians” and she quite consciously has created the impression that the tragedy in Kemerovo was a crime of some “gypsies”. She posed a question: “Romale are not to blame?” (Incorrectly using the vocative case “romale” instead of the nominative “roma”.)

It was supposedly the statements made by some witnesses that prompted Skoybeda to look for some Roma, as she herself says in her records of street conversation that she published: “They do not say Gypsies, of course, well, they say gypsy-looking”. She also described in some detail how difficult it was for her to find Roma people in Kemerovo and then went on to explain: “We must admit that the gypsies in Kemerovo do not look very distinct, they are rather similar to Russians and there are not many of them. Perhaps, this was some troubled teenager from the Caucasus, but they simply cannot be counted…” [for they are allegedly so numerous].

But her anthropological research ends here. Further, the article about the supposed “Gypsy boy” speaks about some completely different things, like conversations in a shopping center where the people Skobeyda met hotly debated with her that the doors of the cinema halls in the burned down “Winter Cherry” shopping centre had been closed for the time of the movie show, then refered to the experience of their relatives and asked for explanations as to why did not the check-takers, who had closed the doors, did not end up in prison. In response to them the journalist suggested that they testify before the Investigative Committee, and here the strange report “from the scene” was finished.

A few days later the same Skoybeda engaged in exposing the “big lie” about the tragedy in Kemerovo, the title of the article promising to open the readers’ eyes on “who benefited”. She started off by listing “all the fakes” and explaining “where this leads us to”. But somehow the fake news about some “gypsy-looking” or some other, but definitely not “Russian-looking” boy (though the gypsies “look same as Russians”) was not mentioned in these sensational revelations of “big lies”. However, she told us with tears in her eyes, that it was clear that someone had benefited from spreading fake news about the doors, that had been closed by check-takers, and Skoybeda was indignant at the possible consequences of this fake (but wasn’t it her who published it on March 29 with reference to “testimonies by witnesses”?). “By the way, the check-takers could have been easily lynched then”, said the author herself appallingly.

Not only check-takers could have been lynched then, though. Directing the anger of the crowd, which had just been shaken by the tragedy, against the “alleged culprits” from among “the strangers” was a sure way to provoke a Lynch trial or even a pogrom. A year and a half ago a child was killed in the Odessa region of Ukraine and “the public opinion” appointed the local Roma as perpetrators of the crime prior to any trial or investigation. Hundreds of people rushed to smash the houses in which the Roma people lived. The thirst for revenge, the need to act and, most importantly, to take out one’s anger onto “the strangers” – these are extremely dangerous matters, which create a risk for those who could be thought of as “gypsy-looking” or “being from the Caucasus”. However, the key element here is “one of theirs” (“not one of ours”).

Skoybeda, however, does not pose a logical question about who profits from trying to set the residents of Kemerovo against the “non-Russians”. Her task is not to protect the check-takers or some other people, whose participation (let alone the fault) in this whole story has not been confirmed by anything other than the chaotic “searches for the arsonists”, initiated by the scandalous journalist herself. This search was accompanied by taking photos and filming people who clearly did not want to be photographed or filmed. These people only attracted the attention of the intrusive “investigator” by supposedly being “gypsy-looking”, as she put it. If pogroms did not happen in Kemerovo, it was the merit of the city’s residents, not the Moscow-based newspaper, which hypocritically complained that someone “could be easily lynched”.

Special correspondent of “Komsomolskaya Pravda” protected someone else, not those who suffered in Kemerovo and who criticized the authorities. To those people Skoobeda objected quite strongly: “I’m sorry, we do have brains, unlike the grief-stricken amateurs who say that it was the authorities who had killed the children”. Skoybeda categorically condemned those who allowed themselves to replicate unverified rumors (“one woman said – is this the main source of information?”). The stories she reproduced herself, both about the check-takers and about the boys, were of course something completely different. As Skoybeda, who is full of pride for herself, said: “We have ethics and rules”.

First published in the blog of Radio Liberty 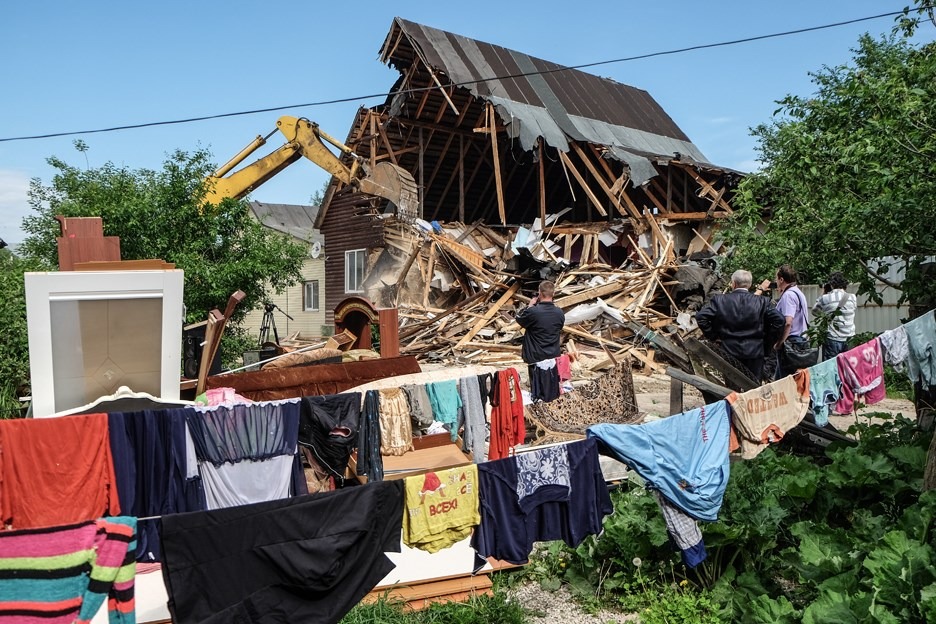