The COVID-19 pandemic has become the central event of early 2020, shading coverage of other important topics. One of them is the trial over the 2014 downing of the passenger aircraft Boeing-777 of the Malaysian Airlines. Literally several days before the announcement of COVID-19 pandemic in Europe, the trial has started in the District Court of the Hague. Thousand people from different countries seeking the truth about the catastrophe of the flight MH17 have waited for this process for almost six years. For the first time the role of Russia in the armed conflict in eastern Ukraine will be assessed by the court, and this, not mentioning justice and punishment of alleged perpetrators, is a good reason to follow the process.

The beginning of the judicial process is a success for the Netherlands. The investigation faced numerous difficulties, such as lack of access to the witnesses and accused, to the site of the crash and other evidence due to the unwillingness of Russia and armed groups at the non-government controlled areas of Ukraine to cooperate. The investigation lost the witness or even an accused when Ukraine handed over Vladimir Tsemah to Russia in September 2019. Till the last moment it seemed that the investigation did not have grounds for referral the case to the court. However, the Dutch prosecutor office managed to prepare the accusation against four military commanders of so-called «Donetsk People’s Republic» – Sergey Dubinskiy, Oleg Pulatov, Igor Girkin and Leonid Kharchenko.

The charges are brought against second chain of command; against those who allegedly organized the aircraft attack according to the prosecution. The investigation continues, and the Dutch prosecutor office has already declared that it aims at bringing all perpetrators to justice: both those who pushed the button of the Buk missile system and those who ordered the attack.

The trial is organized in a way to pay tribute to the memory of the deceased and to make the trial open to journalists and relatives of victims. The trial takes place in the Schiphol Judicial complex, in several hundred meters from the Amsterdam Airport. The place was chosen not only to simplify the logistic for the foreign visitors of the process and to ensure space for everybody willing to attend (the building of the Hague District court is too small); but also because the flight MH17 of the Malaysian airlines took off from the Schiphol airport. Many relatives of the deceased saw their close ones here for the last time in their lives.

While formally the judicial process is national, by the substance and significance it is international. It will gave enormous significance for Ukraine and for Russia.

This trial could result in first decision regarding the role of Russian in the conflict in Donbass. According to international law, in order for Russia to be legally responsible for armed conflict in Donbas and for the activities of the armed groups, the overall control of Russia over the armed groups in Ukraine should be proven. Mere control over operations or provision of armed groups with weapon and equipment is not enough. Exactly this fact has not yet been proven in any international instances.

The legal processes against Russia regarding the armed conflict in eastern Ukraine have been initiated in several international judicial bodies. However, none has started the consideration of merits of the cases. In the most recent report, the Prosecutor office of International Criminal Court (ICC) noted, that Russia could have overall control over the armed groups. But the ICC Prosecutor does not asserted this fact. While the Joint Investigation Team (JIT) that conducts the investigation of the MH17 downing, have claimed the involvement of the former personal adviser of Vladimir Putin – Vladislav Surkov and other Russian state officials in the aircraft crash. The JIT also declared that the influence of Russia on so-called «DPR» was not limited to indirect military support.

The witness testimonies and evidence of the Russian involvement in downing the MH17 flight are essentially important in the recently started judicial process. If the Dutch court recognizes the participation of Russia in armed conflict, this will become basis for the decisions of the other international and national trials. It is important to keep in mind that the downing of Boeing is only one of war crimes committed in the non-government controlled areas of Ukraine. Armed conflict led to the persecution of the whole social groups on the basis of political opinions, ethnic identity, religious believes, sexual orientation and others. If the overall control of Russia over armed groups acting in the eastern Ukraine is proven, Russia as a state and the Russian state officials will be responsible for these crimes.

At the first court setting the Dutch prosecutor has told that Russia is keen to thwart investigation and that witnesses are threatened who were classified. The Dutch prosecutor office planned that the judicial proceedings would take a year or two. However, the participation of defense of one of accused – Oleg Pulatov – will delay the process. His representatives already demanded the translation of all the materials of the case that amount to 36 000 pages to Russian. The court declined this request, referring to the fact that the lawyers of Pulatov know the Dutch language. However, it is obvious that other grounds for delay the process will be found. Other accused could also hire lawyers for representation of their interests, and entry of each new defense team to the case will prolong its consideration.

The recognition of the role of Russia in the downing the aircraft will make the damage claims to Russia by victims possible. If decided by the Dutch court, the damage could be claimed from the property of the Russian Federation abroad. The acting international sanctions against Russia could be tightened. Such sanctions, resulted from the court decision, would not be subject to political negotiations, and they could be changed in the future only if Russia complies with the court decision.

The downing of the Boeing of the Malaysian airlines in July 2014 changed the attitude of many to the war in eastern Ukraine. In the same way the trial in the Netherlands could reveal the truth not only about the downing of the civilian aircraft, but also about the armed conflict in Donbas. In next years the Dutch judges will perform the functions of the international courts looking for truth in the armed conflict in other country, about which many Dutch have no idea before July 2014. 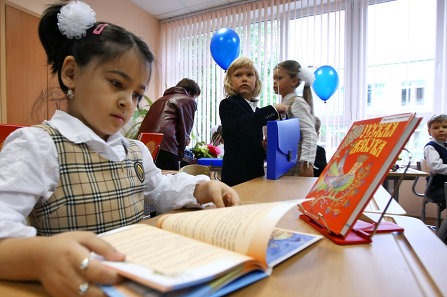 Migrant children: to teach or not to teach?