On June 20, 2013 as part of the project “Supporting socio-cultural integration of children from migrant families in Saint Petersburg” ADC “Memorial” organized a visit for children to a unique museum -“Grand model of Russia”. The kids encountered landscapes of our enormous country in miniature, travelling from the Far East to Kaliningrad region in a matter of two hours. Picturesque landscapes, interesting everyday scenes composed of 200,000 miniature people, grand architectural monuments from various Russian regions impressed children. Change of day and night, scenes from operations of airports, railway stations, factories with details of their internal structures, as well as moving trains and cars impressed the kids greatly. They also had a chance to have a glimpse into work of the personnel that organizes the work of the model. This mini-trip through Russia finished with demonstration of a documentary. We hope that this unusual way to encounter Russia will help the children to learn more about our country and feel themselves as a part, however small, of Russia. 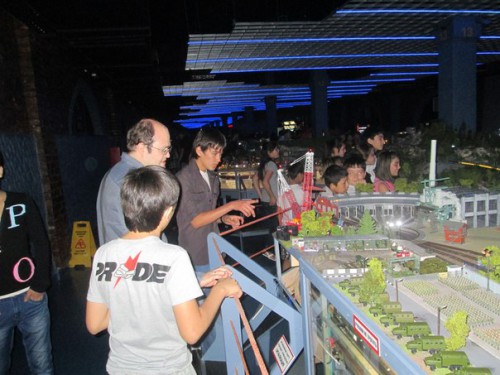