We, representatives of Belarusian human rights organizations, strongly protest against the actions of law enforcement agencies against peaceful demonstrators.

The right to express an opinion at peaceful assemblies is one of the most important human rights. Belarus does not have effective mechanisms for exercising the right to peaceful assembly, there are no fair and free elections, and there is no effective procedure for appealing against violated rights. The only way to protest is demonstrations.

Last night’s street protests in dozens of Belarusian cities were caused solely by the people’s disagreement with the authorities’ policies during the presidential election, which from its very beginning, was held in an atmosphere of fear and intimidation.

We condemn the disproportionate use of violence by law enforcement officers on August 9 and 10 and the use of police gear against peaceful demonstrators.

We put all the responsibility for what happened on the authorities and law enforcement agencies. At the same time, we call for a prompt de-escalation of the conflict.

We want to emphasize once again that the use of violence, the dispersal of assemblies and the detention of their participants without reasonable justification are an unacceptable restriction on the right to peaceful assembly and the right to freedom of expression.

We note that any violence inevitably leads to a backlash that can be unpredictable and uncontrolled. In this regard, we once again call on the police, the military and other authorities and units involved in the dispersal of peaceful demonstrations to exercise restraint and to refrain from using violence and weapons.

We call to end arrests, violence and police gear against people who take to the streets to protest peacefully.

We stress that in those Belarusian cities where law enforcement officers refused to use violence against peaceful protesters, the demonstrations were not violent.

We are concerned about reports of at least one victim of the night clashes, as well as serious injuries suffered by civilians by stun grenades and rubber bullets, which were used on the streets of Minsk and other cities without good reason. In this regard, we demand that law enforcement agencies abandon such practices.

We also call on the health authorities and doctors to provide complete and accurate information on the number of victims and protesters injured in the clashes. We remind that Art. 34 of the Constitution of the Republic of Belarus guarantees citizens the right to receive complete, accurate and timely information on the activities of government bodies.

We would like to remind that after the outbreak of the COVID-19 pandemic, volunteers promptly provided assistance to Belarusian health professionals by supplying them with personal protective equipment.

We urge the investigative bodies and the prosecuting authorities to conduct an impartial investigation into all reports of the use of violence force and police gear against peaceful demonstrators, as well as the reasons and conditions that led to the violent events.

Finally, we call on ordinary law enforcement officials to refrain from carrying out knowingly criminal orders and instructions to use disproportionate violence against peaceful protesters. 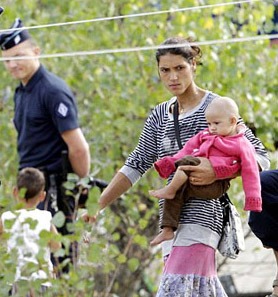