On September 21, International Day of Peace, the Russian government announced a partial mobilization: Reservists will receive orders to report to a military recruiting station for transfer to the front to continue the criminal war in Ukraine.

At the same time, attempts are underway to recruit anyone who might tempted by money and promises of benefits and solutions to their problems: The authorities are recruiting convicted persons in prisons, foreign nationals in migration centers, and even homeless people in shelters. 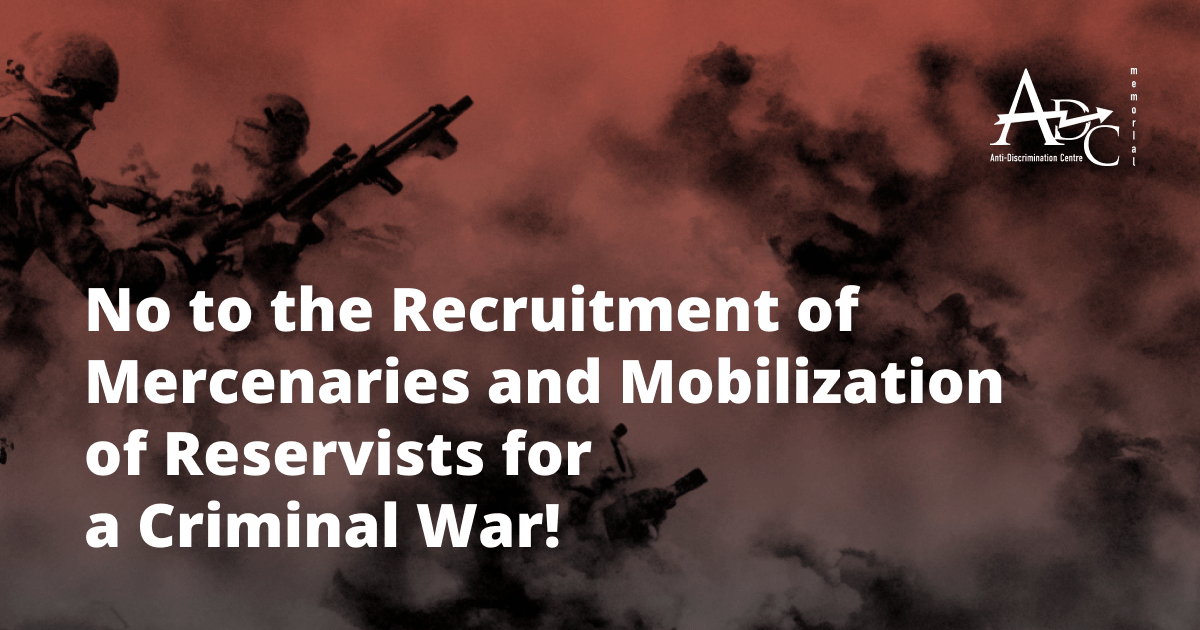 Now it is especially important for anyone who could be affected by recruitment or even mobilization to show caution. Both are provocations that cannot be responded to. We cannot become killers and participants in the crimes against humanity that the military is perpetrating in Ukraine. Spontaneously emerging “new recruitment practices” employing tempting promises and the new “laws” adopted by the State Duma in one day do not in any way justify crimes or the flouting of any law, be it international, Russian, or Uzbek.

To stay within the law, neither foreign nationals nor Russian citizens can participate in this war.

50 member organisations of FIDH stand in solidarity with Memorial