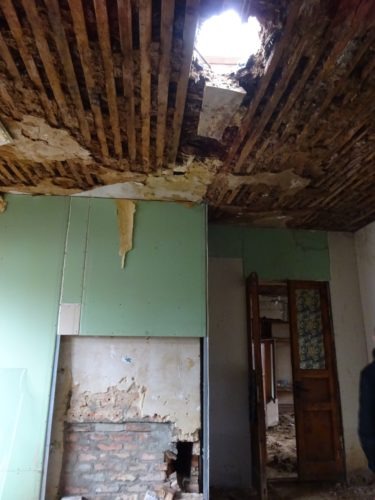 The wartorn house of a big Roma family in Slavyansk hasn’t yet restored. To repair the destroyed roof, building materials are needed but it’s difficult for Roma to procure them.
In 2014, this house was occupied by separatists, later fights happened around it. When the owners came back, the house was unfit for habitation, they had to huddle in an outbuilding. A Roma woman, the owner, complains: “The separatists took all things out of my house. Then they were targeted by shooting attacks, and the house was destroyed. They fought against each other but we appeared to be victims”.

If you want to express your solidarity with the Roma of Donbass and support the campaign, follow the link (click “support”) :