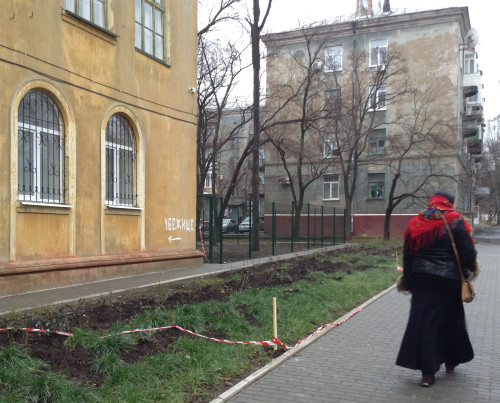 In towns like Kramatorsk, Slavyansk and Dzerzhinsk, the shelter sometimes was the one and only hope to survive. Unfortunately, shelters proved not to be for everybody : in some places there simply was a lack of space , in others only those who worked (in the coal mines for instance) were allowed or one had to be resident of certain buildings to obtain entry. Therefore, it happened on a regular basis that Roma town inhabitants, would find themselves without any place to hide during the fighting when whole towns could be under fire.
(in the photograph – a sign saying “Shelter” in the streets of Kramatorsk)

If you want to express your solidarity with Roma of Donbass and support the campaign, follow the link (click “support”):