To mark International Romani Day, ADC Memorial is publishing the graphic story “Alyona,” which describes what happened when children from a tabor went to school. This story about discrimination in a school is based on actual events recounted to us first hand. 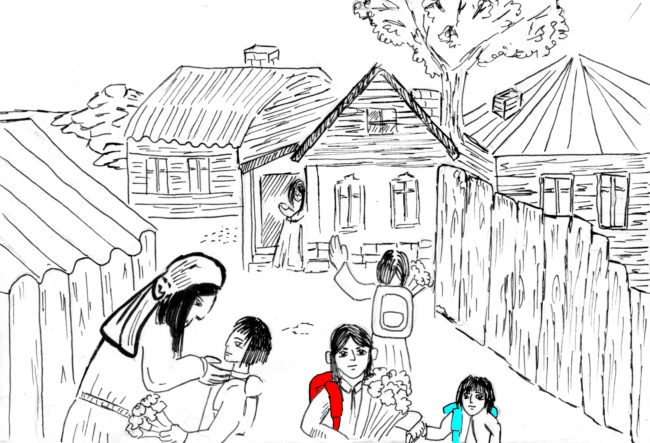 Alyona, her little brother Shaban, and their cousins Elza and Grigorash are getting ready for school. They live in a “Roma settlement” or “tabor” that is home to about 200 Romani families. Most of the adults in the settlement can barely read, but their children dream of graduating from school. Alyona wants to be a teacher like her beloved Anna Petrovna, who was her teacher from first through fourth grades. Elza is going to school for the first time. She dreams of being a doctor. In the winter, Elza was at the district hospital. It was cold there in the separate “Romani ward,” and the Romani children did not get much attention. Elza understands how important it is to heal sick children. Shaban wants to be a police officer—he thinks they are the most powerful people. 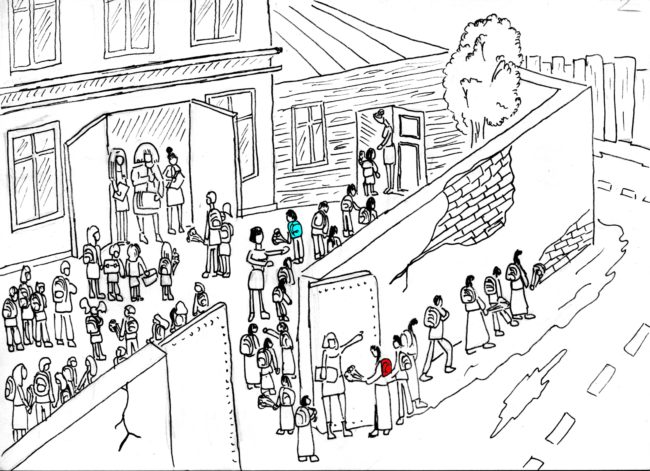 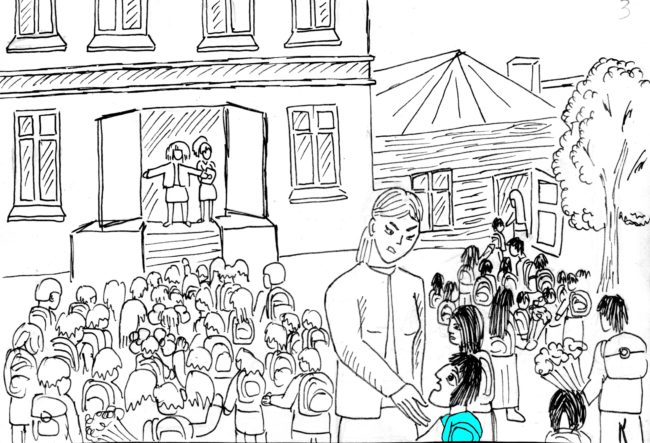 The younger Elza and Shaban are about to head with the other children to the spacious “main” building, which has two dozen well-equipped classrooms, a gym, a library, a computer room, a cafeteria, a cloakroom, and modern bathrooms. But they are sent to the annex, which does not have special classrooms, equipment, or even a place for children to wash their hands. All of these conveniences are “not for Romani children”… 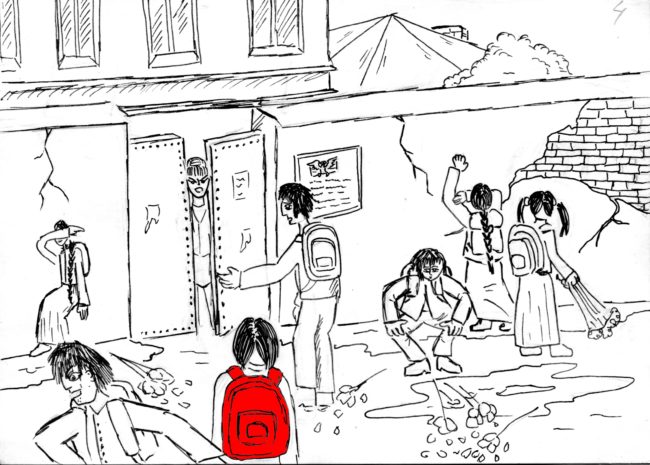 Alyona is very excited to start secondary school. She did very well in elementary school, and now she is finally supposed to move to the big building, where each subject is taught by a different teacher. The graduates of the “Romani elementary school” head towards the schoolyard, but the school’s gates are slammed shut in their faces. The children remain on the street, listening to be bell, but they can’t get in to their class. They do not want to give up their dream of an education, and they know that attending school is their right. The 11-year-olds protest under the windows of the locked school. The principal Zinaida Georgievna calls from behind the locked gate: “We do not have a 5th grade for Romani children, and no one will let you enter the general class. Go away!” The children understand that they will soon be picked up by the police, who are already on their way. Farewell, dreams of a profession!

This story is based on actual events (names have been changed). Thousands of Romani children in Russia and hundreds in Ukraine, Moldova, Uzbekistan, and Tajikistan cannot get a complete secondary education. They are kept in separate elementary classes and simply never transferred to secondary school. When we ask “teachers” such as Zinaida Georgievna why none of the thousands of Roma children who attended elementary school under their leadership ever graduated, they say: “Well, the Roma themselves do not want to study.”

Education is the right of every child regardless of race. It is the obligation of teachers and anyone who is responsible for school education to teach all children and provide them with equal opportunities to start their lives.

Read more about the situation with education in the human rights reports:

Alternative report on the situation of vulnerable groups in Russia (2014)