On the 14th of June, the Saint-Petersburg city court sentenced the murderers of Nikolay Girenko, researcher, expert and defender of the rights of ethnical minorities. Voyevodin, organizer of the murder and leader of the neo-Nazi gang who committed the crime, as well as Prokhorenko, the man who actually shot Girenko, received a life sentence. Their accomplices, the Kostrachenko brothers, got 8 years and 18 years of high security imprisonment.

Girenko’s family and friends and those of other victims had to wait extremely long for the final outcome of the court case: almost 7 years have passed since the day that Nikolay Girenko was killed.

The lawyers of the victims, friends and colleagues of Girenko as well as his colleague Human Rights’ activists are satisfied with the verdict of the jury and the sentences of the court. It is crystal clear to everybody, that those who have been punished are the real murderers. Among the jury there was no doubt about their guilt. The jury unanimously decided that it had been proven that the assasination had been clearly aimed, planned and organized by the neo-nazi gang, who were motivated against Girenko because of his work as a professional expert in assisting prosecution of neo-nazi groups on the basis of the hate-crime that they commit.

The heavy sentences correspond to the heavy crime of the members of the gang, who all had been active in it for many years with the sole aim to practice violence and spread terror, while killing foreigners, people belonging to ethnic minorities and those who opposed their inhumane theory and practice.

Except of Girenko’s murderers another 8 members of the Voyevodin gang were sentenced for a series of heavy crimes . The attempted murder of an African and the murder of a Korean man, the “execution” of two young men suspected of “treason” and a number of robberies are just mere examples of the criminal acts committed by the gang. All of this could take place undisturbed for many years in St. Petersburg in the 21st century. These murderers didn’t hide and acted overtly, even using mobile telephones of their victims, while a full list of their names had been given to the responsible law and order agencies by the relatives of the killed…

Would it be proper to regard the outcome of the trial of this gang of nazi-killers a victory in the name of Justice ? Should Human Rights’ activists conclude the case to be closed ? Unfortunately, even the just sentence of Nikolay Girenko’s assassins doesn’t restore the broken peace ; something remains that doesn’t allow us to turn the final page on this long-lasting trial. Despite the success in proving the Girenko assassination, there was a total failure in proving another, not less significant murder. The prosecutors showed their incompetence in proving the guilt of the suspected murderer of Samba Lampsar, a Sengalese student and activist of the NGO “African Unity”. Samba was an active anti-racist activist, who died because of racism. He was shot in April 2006 and now, 5 years later, the man who killed him walks free. Malyugin, accused of the murder of both Samba and the Uzbek man Suyunov, was found innocent by the jury, who even doubted his membership of the gang. Now the trial has come to an end, the cases of Samba and Suyunov have been returned to the investigators: unfinished business.

We do not only remain with the pain and sorrow of the losses, but also with our questions : why did the law and order agencies fail to discover and prove the crime in a convincing manner ? Why did they allow this gang of dangerous criminals to roam around so freely ? Why is it so, that only few of them are serving a well deserved sentence ? Such questions and mixed feelings are common among colleagues and friends of killed Human Rights activists both in St. Petersburg and in Moscow, where two of those who assassinated Stanislav Markelov and Anastasia Baburova, were sentenced in April 2011. Both Markelov and Baburova died of gunshots of a neo-nazi hitman in January 2009. Those representing the victims and their families in court were highly satisfied with the heavy sentences for those responsible for the murders. Hitman Tikhonov got a life sentence and his accomplice and fiancée Khasis got 18 years of prison. However, in this case there are once more too many questions that remain and feed the pain among those who were close to the victims. Already one and a half year ago, the parents of Anastasia Baburova argued convincingly that Tikhonov and Khasis had only been those responsible for carrying out the murder and therefore rather easy to be found and tried, while those responsible, who ordered the murder, would remain untouchable. Immediately after the ending of the trial against Tikhonov and Khasis, their friend and “colleague” nationalist Korshunov was declared wanted by the police, being suspected of murdering Ivan Khutorskoy, an anti-fascist who suspected Korshunov and Tikhonov of the Markelov murder and therefore provided information to the investigators. The web of inter-related neo-nazi crime appears to reach further and further, while the reaction of law and order agencies is lagging : slow and incomplete. Stanislav Markelov did his utmost to bring the murderers of the anti-fascist youth Alexander Ryukhin to justice, including Tikhonov, whom he considered to be one of them. Tikhonov managed to evade prosecution and was sentenced only much later, already after he had murdered Stanislav himself. Those, who tried to protect Stanislav and track down his neo-nazi assassins: Anastasia Baburova and Ivan Khutorskoy fell victim to the assassins themselves and we know that some of these criminals have neither been found nor sentenced…

We are offered to rejoice that some of the real killers of our colleagues and fellow-activists have been brought to justice, but under the present circumstances it’s difficult to feel happy. It’s even hard to celebrate a real and decisive victory in court, like the decision to find Memorial activist Oleg Orlov innocent of libel against Ramzan Kadyrov, the president of Chechnya, whom Oleg Orlov called responsible for the abduction and death of Human Rights’ activist Natalya Estemirova.

Certainly, the acquittal of Orlov is a triumph of justice, but should he, a loyal colleague and friend of Natasha, have been in a defendant’s bench at all in these days ? Investigation and trial are meant for those responsible for the death of our colleagues and not for those who are striving for justice in the cases that are dealing with their murders. The acquittal of Orlov and punishment for those who killed Nikolay Girenko, Stanislav Markelov and Anastasia Baburova are a true victory to Justice. Nevertheless, how unjust is the extraordinary high price it seems one has to pay for such justice. 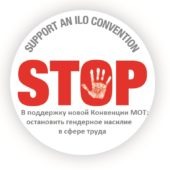