What is a “patriotic stop list” from the point of view of the Russian language? As far as I’m concerned, you can not be a patriot, but you must at least have some respect for the Russian language. This ridiculous phrase does not have one actual Russian word in it and, what’s more, the Russian word list (meaning “leaf”) does not have the meaning of the English “list” (which is apparently what our senators and deputies, who have become so skilled in the American dialect, had in mind).

So how, one wonders, are we now to understand the proverb: “Stand before me as a leaf [list] before a weed?” Here the neologism list seems sinister in the context of that contentious word “weed.” Perhaps the people who thought up this “stop list” were smoking something? To save the honor of our parliamentarians, the word list could have been removed and replaced with the simpler “stop patriot,” but the word stop is used only in a very narrow sense in Russian for automobiles and other moving objects. The best option would be even simpler still: “gop-stop” [a stick-up – Trans.]. Now that would be clear to everyone! “Gop-stop, we approached from around the corner.” You definitely can’t take these words out of the song [by Alexander Rosenbaum, a Russian bard – Trans.]. These aren’t leaves and weeds, these aren’t words whose innocent original meanings have been long forgotten by all our “patriots.”’

They did approach from around the corner, like real criminals. After all, the sponsor of this

undertaking, Konstantin Kosachev, chairman of the International Affairs Committee of the Federation Council, admitted that the idiotic phrase “stop list” will not have “legal force” and was needed simply for “shaping public opinion” (we have heard this somewhere before; weren’t we the ones who were accused of similar attempts when we were branded “foreign agents”?) and, to quote more specifically from the media, “to incite the crowd.”

Inciting the crowd is, as they say, possible; it’s a tried and true method. However, there is no need to have secret lists to do this. It’s enough for the main TV station to show a close-up of the immoral youth of Khabarovsk beating up a lone, slender man holding red balloons to make it clear that that is how things should be. After all, he’s coming out in favor of minority rights, and the Americans love him for that. The TV could also show a building in a small town in the Urals and the apartment of a single mother with many children and explain that she is defending human rights with the support of the Americans, who, the bloodsuckers, have no other need than to make sure people in the sticks of Russia have some rights. It’s tally ho to them and their families! No matter that the law prohibits the release of addresses and other personal data—this does not apply to journalists from the main TV station, and if it does, than it has not been read and they will somehow make do without help from the Media Protection Center (and no laws will help the Center itself—it is believed that American foundations value its work!).

So, yes, it is a ridiculous business to write stop lists for the sake of an aggressive crowd and even to help “shape public opinion.” It’s clear that even the backward public opinion of the Russian Federation is shaped less than anything by denunciations from the Federation Council. After all, what is this other than a denunciation? They themselves have admitted that they will send their precious lists to the Office of the Prosecutor General and the FSB. And what’s more, Senator Klishas has not even tried to conceal the fact that before the list was completed, its content was agreed with these venerable services (in other words, the FSB has written a denunciation of itself using the hands of Klishas and Kosachev—now that is strange!).

The law on “undesirable organizations” (an excellent word choice—the authorities do not desire them, just like in that joke: “What are you punishing me for, God? Well, I don’t love you.”) makes it abundantly clear that the Office of the Public Prosecutor and the Ministry of Internal Affairs (the FSB was taken off the final version of the law, but we understand: they just don’t like to shine the light on “comrades”) decide what is desirable and what is not.

Why do they need these senatorial gop-stops? They can call anything they want undesirable in an instant if they wish, and then you can go try to prove in court that it was for nothing. Meanwhile, anyone who has somehow “participated in the activities of an undesirable organization” can be hauled in “for cooperation” and, if things go badly, can end up with a prison term.

The steering committees of the two houses of parliament, with the participation of representatives from the Ministry of Internal Affairs, the Office of the Public Prosecutor, and, apparently, the FSB, are giving up several days of this pre-vacation time in order to pass this document that, in their own words, “has no legal force.”

So then what force does it have and why is it being passed? There is one other answer that has been given officially. To frighten. They say, Let them understand (and not just the ones on the list, but all of them) and “correct their position.” But this is nonsense. How can foreign foundations “correct their position” in regards to working in Russia? Stopping their work there is the maximum threat they face if their activities are banned under the article on “undesirability.” Or should they stop supporting the protection of human rights and help finance the stop lists? Perhaps it was with this hope that the sponsors gave their bill such a strange name combining English and Duma-speak. Is it that they want the leader of the country to “get hooked?” And, by the way, this phrase cannot be used in Russian either, except perhaps in reference to drugs…. What on earth is going on with all of them?!

Overcoming the obstacles created for civil society: response of the international community 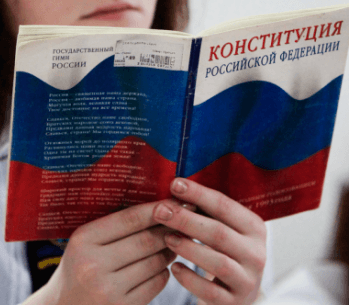 An Example for a Haughty Neighbor

50 member organisations of FIDH stand in solidarity with Memorial

KYRGYZSTAN: The Supreme Court overturns the decision of the lower court designating Reports of FIDH Member Organisations as “Extremist”