Yana Tannagasheva, defender of the rights of indigenous peoples 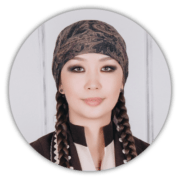 For me, the first article of the Universal Declaration is not just words, but a vitally important foundational document recognizing that all human beings are born free and equal in dignity and rights. I am a member of a vulnerable group of people, a small-numbered people that has been subjected to many years of indignity and insult on the basis of ethnicity. I am a Shor woman. In my country, the word “Shor” can be used to offend someone and also as a synonym for being uneducated, stupid. We are born, live, and die with this word. It’s difficult to free yourself of the inferiority complex that settles into you from childhood. But when you fully understand that it’s not like that, that you are equal in dignity to everyone else living on this planet, the most important thing is not to be embittered, but to try to bring good and justice to the world. There’s already enough cruelty and enmity in the world. Let’s be more tolerant and charitable, let’s act towards one another in a spirit of brotherhood, as the Universal Declaration states. 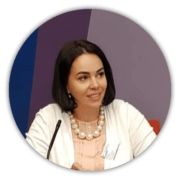 Seventy years ago, when the Declaration was adopted, human rights were recognized as universal. It is true, though, that this declaration was developed by a committee that did not include representatives from African American, religious, and ethnic minorities. In spite of the Declaration’s long existence, human rights are being violated everywhere and we can only dream of peace in the world. The Declaration, which is a core document and not an international treaty, enshrines the legal obligations of member states. In my opinion, the Universal Declaration of Human Rights should serve as a foundational standard for all people and states. 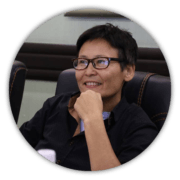 I am a lesbian, a feminist, and a human rights defender. I accept other people as they are, no matter what they are. I respect their dignity. So, I demand the same treatment. I believe this is fair in relation to myself and others. 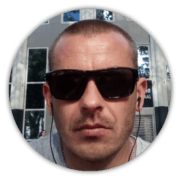 Why is this important for me? This means that other people and I have the right to be taken seriously, to have our dignity respected. I go to Pride parades not to “promote same-sex relationships,” but to show that we exist, that we are a part of society. I go to work, pay taxes, and lots of other things—in this sense, I’m the same as everyone else. By signing the Declaration, the state undertook to protect my rights regardless of my orientation, my appearance. But we’ll have to fight for compliance with these obligations, we’ll have to raise questions of human rights to the international level to improve the situation for LGBTIQ people. 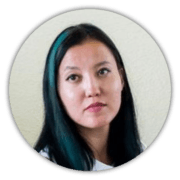 What does it mean to be a woman with a disability in Central Asia?

You are literally rejected from even the stereotypical image of femininity, from the set of characteristics which includes beauty, intelligence, the right to create a family, to be a mother, to be sexually active or, on the contrary, passive. The right to chose in general. Instead, your gender identity merges with your disability and you become pathetic, full of suffering. Weak and tragic. On top of that, your disability stops being just one of the realities of your life and your gender identity is determined by your disability.

If you’re a woman with a disability, then one stereotype overflows into the other. You have to fight against the image of “sub-woman,” you have to prove to everyone: “I want. I can. I decide.”

So, what do I long for? Respect for human dignity. Recognition of the value of human rights. And the creation of equal rights and opportunities.