Summing up the results of the project supported by the Eastern Partnership Civil Society Forum within the framework of the regranting program, we thank the partners from Ukraine, Moldova and Belarus for their cooperation and the work done. The aim of the project was to improve the situation of children who found themselves in places of deprivation of liberty. Such important issues were raised as the deinstitutionalization of orphanages and boarding schools – de facto places of deprivation of liberty; the need to change the practices placing migrant children in the reception centers governed by the Police / Ministry of Internal Affairs; the need for legislative changes at the national and international level, since in a number of countries the repatriation of children is still regulated by the outdated Chisinau Agreement of the CIS countries (migrant children are placed in closed reception centers both before being sent home and often upon arrival).

Within the framework of the project, monitoring of children’s institutions was carried out; experts from partner organizations shared their experience and knowledge about progressive practices of dealing with children in places of deprivation of liberty. In the course of cooperation with partners from Moldova, an alternative report on the observance of children’s rights within the framework of the Universal Periodic Review was prepared.

At the end of the project, the final program was released on the channel Magnolia-TV, dedicated to the problems of children in places of deprivation of liberty in Ukraine, the probation and prevention system. The guests of the studio were Aksana Filippishina, a representative of the Ombuds office, human rights defender Serhiy Pernikoza, ex-chief of the State Penitentiary Service of Ukraine Serhiy Starenky. The participants of the discussion noted the slow progress in the reforms of the juvenile justice system and children’s institutions.

Sergey Pernikoza raised the issue of legal contradictions concerning children in places of deprivation of liberty. Although children are criminally liable from the age of 16 (or, in certain types of crimes, from the age of 14), the Criminal Procedure Code allows placing children even of an earlier age (from 11 years) in a reception center while the court decision is pending. In fact, the child is placed in a closed institution ruled by the law enforcement agency, with a strict regime (although with better conditions than in the colonies). De facto the child is deprived of liberty as if it were serving a criminal sentence. There are doubts about the constitutionality of such a practice allowed by the CPC, the human rights defender stressed.

“Promotion of modern international standards of children’s rights: deinstitutionalization and humanization of closed institutions in Belarus, Moldova and Ukraine” is a project of ADC Memorial and partner organisations (supported through the EaP Civil Society Forum Re-granting Scheme (FSTP) to Members and funded by the European Union as part of its support to civil society in the region). Within its Re-granting Scheme, the Eastern Partnership Civil Society Forum (EaP CSF) supports projects of its members that contribute to achieving the mission and objectives of the Forum. Grants are available for CSOs from the Eastern Partnership and EU countries. Key areas of support are democracy and human rights, economic integration, environment and energy, contacts between people, social and labour policies. 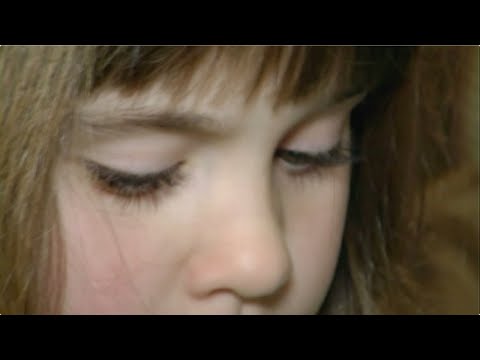 “Magnolia-TV” (Ukraine): Violence and bullying. Why thousands of children have to live in orphanages

“Magnolia-TV” (Ukraine): Violence and bullying. Why thousands of children have to live in orphanages