17 September 2021 marks one year since the beginning of the crackdown on Viasna, leading Belarus human rights NGOs. Jointly with Viasna, we calls for a global rally under the hashtag #FREEVIASNA to stand in solidarity for our imprisoned colleagues and Belarus civil society. 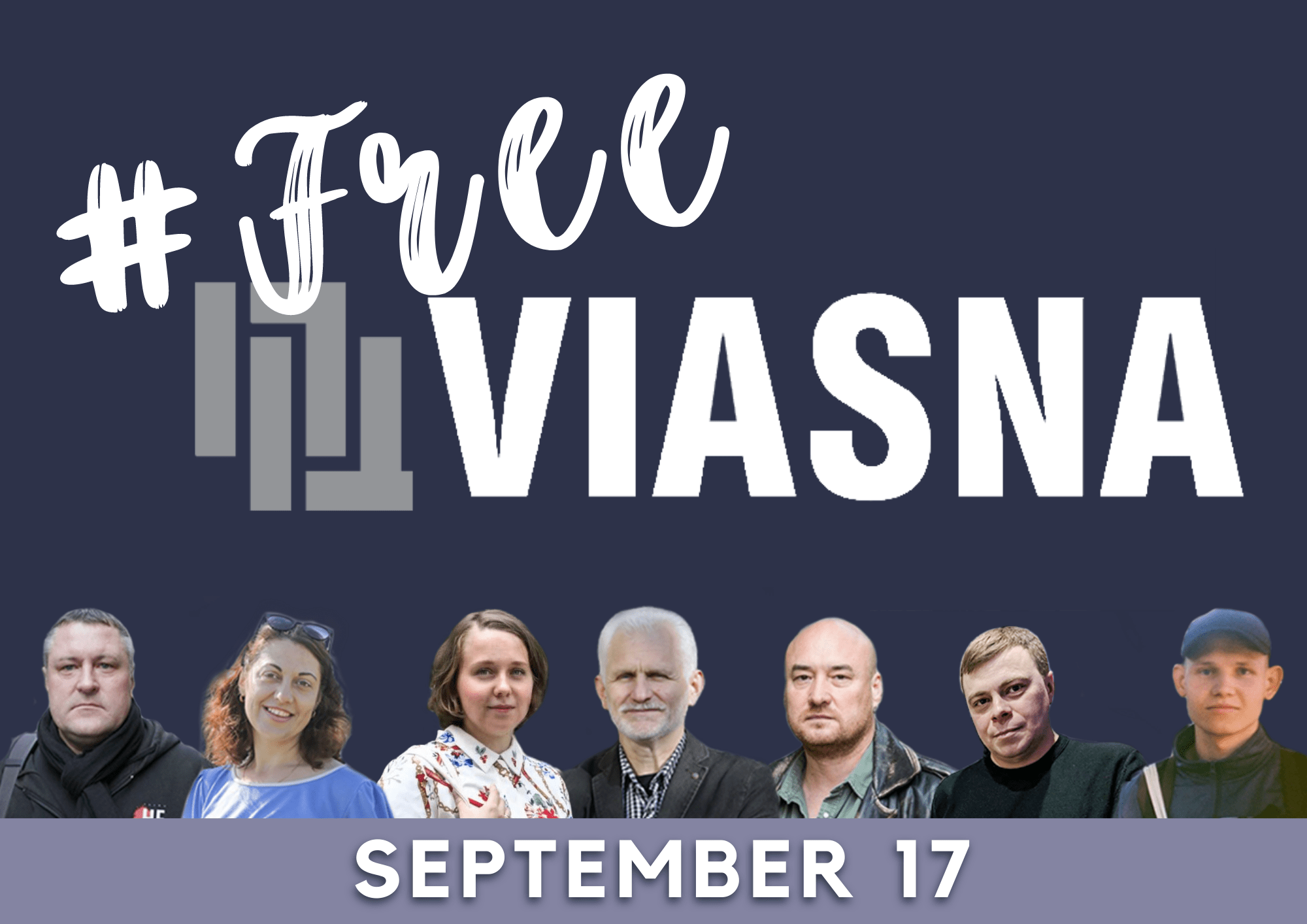 On September 17 last year, Marfa Rabkova, coordinator of the Viasna volunteer network, was arbitrary detained, and two weeks later Viasna’s volunteer Andrei Chapyuk was also thrown behind bars. Over the following 12 months, several criminal cases were mounted against Viasna’s leadership, members and volunteers. Its offices and employees apartments were searched multiple times, dozens of Viasna’s members were arbitrarily detained. In January 2021, Leanid Sudalenka, head of the Viasna Homiel branch, and Tatsiana Lasitsa, a volunteer with the same branch, were put behind bars. The trial against them is ongoing.

On 14 July 2021, Belarus authorities arbitrarily detained Viasna’s leadership. For more than two months now, Ales Bialiatski, Viasna’s Chairman and former Vice-President of FIDH, Valiantsin Stefanovic, member of Viasna’s Board and Vice-President of FIDH, as well as Uladzimir Labkovich, Viasna’s lawyer have been languishing in detention. Today, seven members of Viasna remain behind bars on trumped-up charges.

It is not the first time the authorities target Viasna, throughout the 25 years of striving for human rights the organisation was persecuted and harassed, deprived of its official registration under the national law, and its leaders were imprisoned. Despite all-out repression by the Belarusian authorities, Viasna continues its courageous fight for human rights, helping victims of abuses and denouncing widespread repression from Aliaksandr Lukashenka’s long-standing authoritarian regime.