The new issue of the Bulletin focuses on the impact of the war on people in migration. European countries have received millions of refugees from the Russia’s war against Ukraine. The situation is aggravating for people who used to be in a vulnerable position even in peacetime: children, people with disabilities, stateless people, labor migrants, representatives of ethnic minorities, and others. 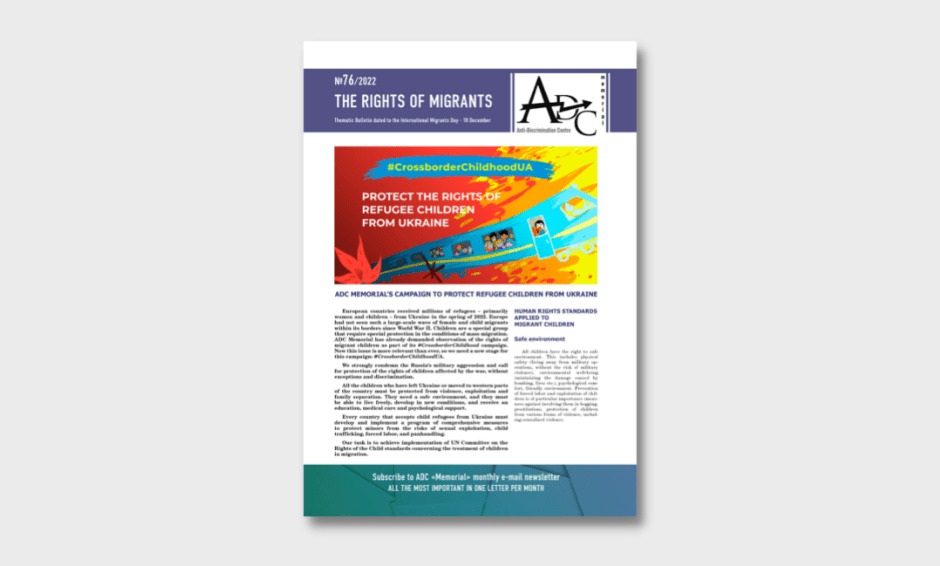 Assisting stateless people trapped in Ukraine: report from the ground

Interview with Oleksandr Snitko, Statelessness Project Manager at the Tenth of April (‘Desyate Kvitnya’), an ENS member organisation based in Odesa, Ukraine

The Russian Armed Forces began recruiting foreigners, including prisoners, for the war in Ukraine