Here is a transcript of her speech:

Everyone who finds themself in a conflict situation, or, to be more specific, a war, suffers from it. Many have lost their lives, even more have lost housing, and some have been subjected to persecution and repressions even when they did not take any actions. When we hear something about the Crimean Tatar population, it is usually about activists, who face political repressions because of their rejection of the Russian government’s policies. But we have tried to show that the entire Crimean Tatar population faces discrimination, just like the entire Ukrainian-speaking population of Crimea. This means that people who do not have or even cannot have convictions (like children) still become the victims of discrimination and, accordingly, human rights violations. 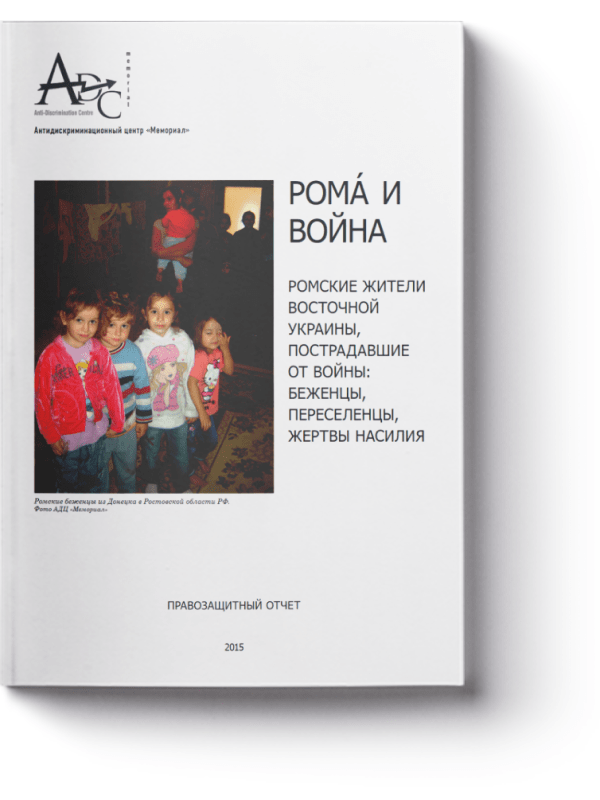 We have attempted to document the events since the very start of Russia’s aggressions. ADC Memorial’s first report on these topics is called “Roma and War” (2014-2015) and describes violations of the rights of the Roma population in the eastern districts of the Donetsk Basin, which were open combat zones at the time. We recorded the situation of Roma people who came directly under fire and others who were forced to flee. Most of the refugees headed for Russia because they had heard on television that they would get support there. In reality, upon their arrival in Russia these people did not receive any actual assistance (with housing, medicine, and so forth) and found that their path to legal residence was closed.

Two years later, during a less active phase of the conflict, we prepared a second report, which we titled with a quote from one of our informants: “For today, they don’t seem to be shooting…”. This report uses photographs to recount how the region’s Roma population and refugees were living. 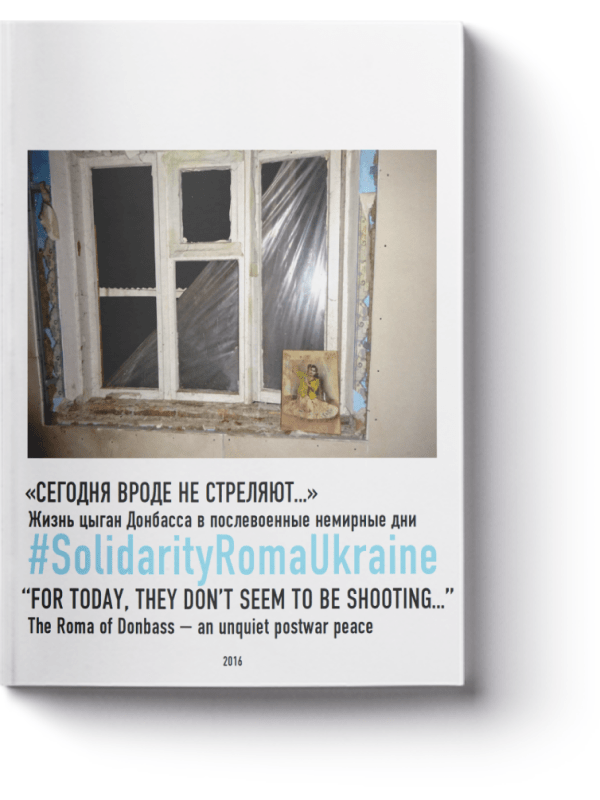 The Roma population is in a particularly difficult situation because someone in almost every family is undocumented. For example, a child was born to one Roma family during the fighting. This was in a tabor near the village of Sartana, outside Mariupol. Everyone probably knows that there was active fighting there. So a child was born there, but all the vital records offices in Mariupol were closed and there was no way to get a birth certificate. The family had a terrible time getting through all the checkpoints with this child.

Another story is about a refugee family where the daughter-in-law had no documents. It unfortunately happens frequently that a young woman is given in marriage and starts living in a family without a passport from any country. These could be young women brought to Russia from Kazakhstan or from Russia to Ukraine, for example. I spoke with one such young woman named Cheryomukha, whose family brought her out in the trunk of the car, hidden under things. 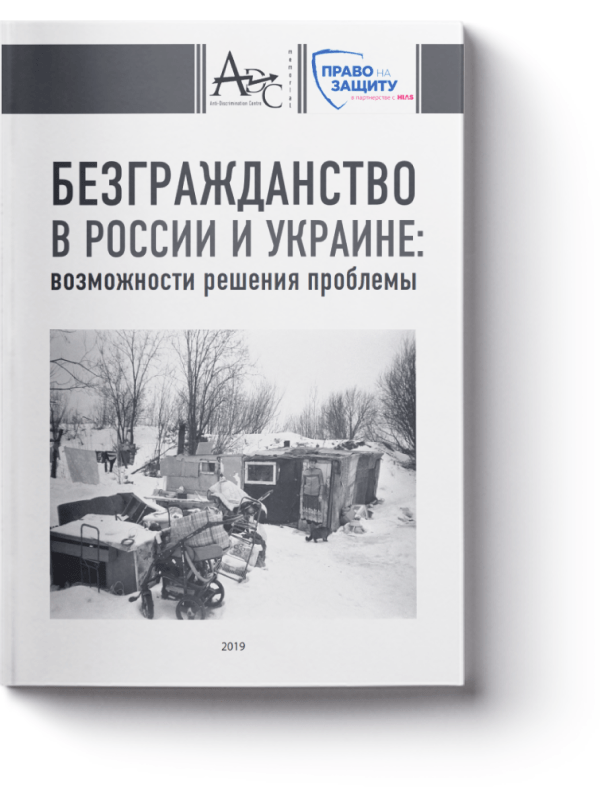 We prepared a joint report with our colleagues from the Kiev-based organization Right to Protection titled “Statelessness in Russia and Ukraine.” Even though the report is not only about the Roma population of Russia and Ukraine, most of the people featured in it are of Roma origin. Another part of this report is devoted to people who actually did have citizenship but could prove it. These included Ukrainian citizens who left the eastern regions for work and lost their documents for some reason (theft, loss). They were detained by the Russian authorities and as they were prepared for expulsion, which happens all the time in Russia with migrants from any country, the authorities sent queries to the foreign ministry of the corresponding country. If a person says they are a citizen of Ukraine, a query is sent to Ukraine’s Foreign Ministry. The Ukrainian government frequently does not confirm citizenship. We encountered this situation over and over again. Since Ukraine does not control the regions these people are from (strange as it may seem, Ukraine does not have a central database of its citizens), the authorities cannot confirm citizenship. This situation dooms people to an extended stay in the prison-like conditions of foreign national detention centers and essentially makes it impossible for them to leave Russia legally, since they do not have documents. We recorded a number of these cases and helped people get out of these facilities. One case involved an orphan from Luhansk who ended up in Russia without documents during the war. Another case involved a woman whose common-law husband – a Russian citizen – was seriously ill and had a group 1 disability status. She took care of him and could not leave. In both cases, these people spent extended periods in detention facilities. The woman’s common-law husband died before she was released. We also know of several cases where the Russian migration authorities communicated with the so-called authorities of Donetsk and Luhansk and obtained their consent to transfer these people across the border with these territories. In other words, Ukrainian citizens who call themselves Ukrainian citizens end up in a situation where it looks like they have no connection to Ukraine, and Russia hands them over to the DPR and LPR. This situation is changing now because more and more people are obtaining Russian citizenship, but rights violations still continue.

The next topic is our report (with support from the Center for Civil Liberties) “Violation of LGBTI Rights in Crimea and Donbass.” We attempted to compare the situation in both places. Crimea is now under Russian law, which is quite homophobic and bans so-called “promotion to minors [of a non-traditional sexual orientation].” This essentially put an end to any public activities by LGBTI+ organizations and activists. It turned out that similar laws were in effect in the Donetsk Basin and had been adopted by the de facto authorities. 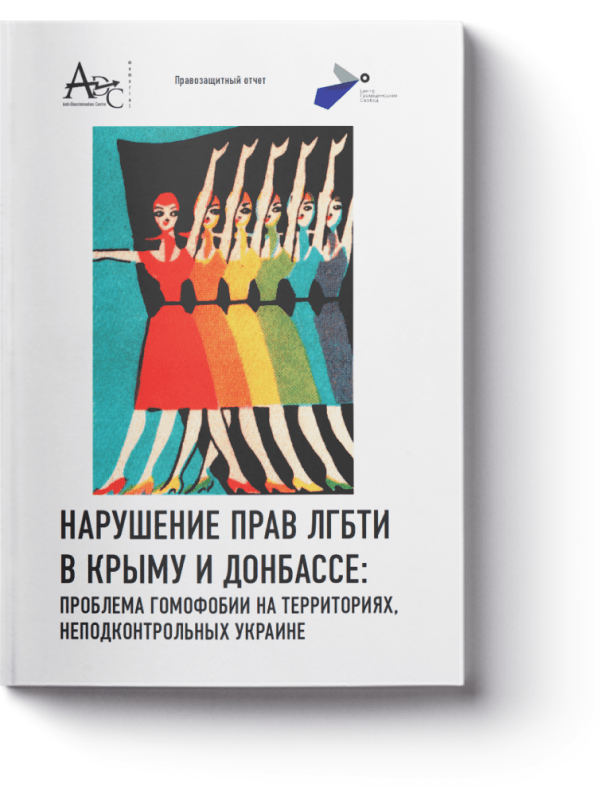 The next topic is our report (with support from the Center for Civil Liberties) “Violation of LGBTI Rights in Crimea and Donbass.” We attempted to compare the situation in both places. Crimea is now under Russian law, which is quite homophobic and bans so-called “promotion to minors [of a non-traditional sexual orientation].” This essentially put an end to any public activities by LGBTI+ organizations and activists. It turned out that similar laws were in effect in the Donetsk Basin and had been adopted by the de facto authorities. 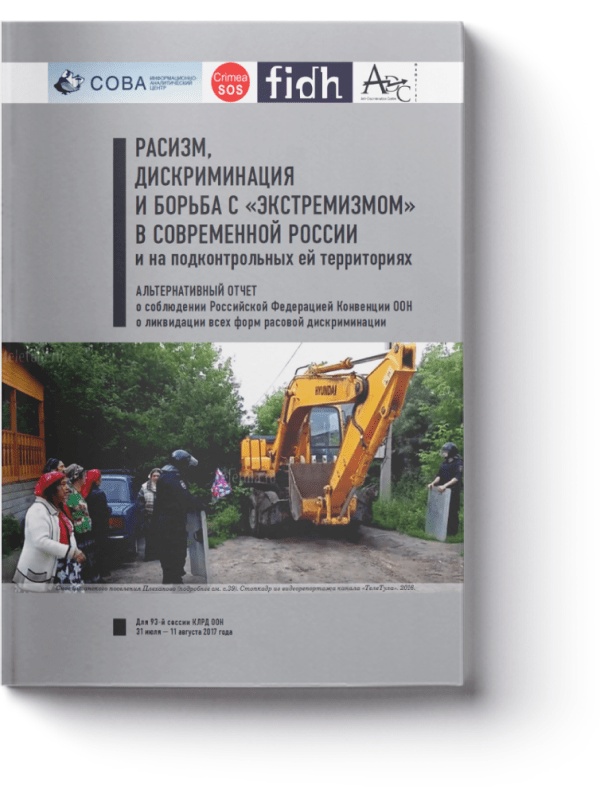 And our last report of 2017 was about racism in Russia. We wrote the section on the Crimean Tatar and Ukrainian-speaking populations of Crimea in conjunction with CrimeaSOS. The Crimean Tatar people experience cultural, linguistic, and religious discrimination with a political context. This applies not just to activists, but to everyone, including children in schools and day cares. This applies to people who are simply working with their culture, with their language. It is becoming harder and harder to receive an education in the Crimean Tatar language, and people are even sometimes prevented from speaking their native language at school or work. This shows signs of ethnic discrimination, which we have done a great deal of work on in relation to other ethnic groups in the Russian Federation. And this is also superimposed on Islamophobia, on how people perceive Crimean Tatar names and appearance. All this together can be called racism and ethnic discrimination (these terms are defined in contemporary international law, see the position of UN CERD).

We are preparing a new report on this topic, which will be published on our website on March 21, the International Day for the Elimination of Racism. This report will contain updated information about the current situation in Crimea, two to three years after the original report.

Roma and the Problem of Statelessness

A Questionable Ruling from the Constitutional Court: It is Lawful to Strip a Person of Their Sole Citizenship