On January 20, 2018 “Youth march for the protection of women’s rights of Kyrgyzstan” was held in Bishkek as part of the campaign “Women’s March Global”. The participants of the march demanded to respect the rights of women in Kyrgyzstan, to put an end to discrimination against women in the labor sphere and to abolish the governmental decree on the list of professions prohibited for women.

On the eve of the event the Bishkek city administration banned the march from the central street of the city and it took place as a rally near the monument to Urkuye Saliyeva. Among the participants of the rally were young leaders of “Bir Duino Kyrgyzstan” NGO, gender experts and various activists of Kyrgyzstan. 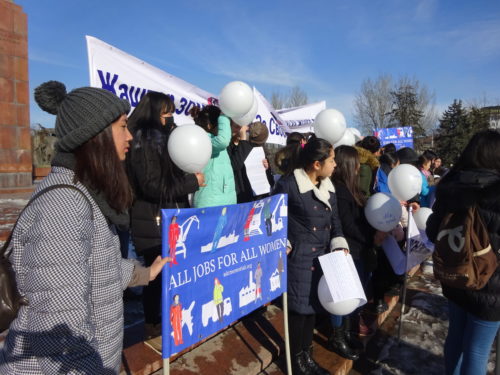 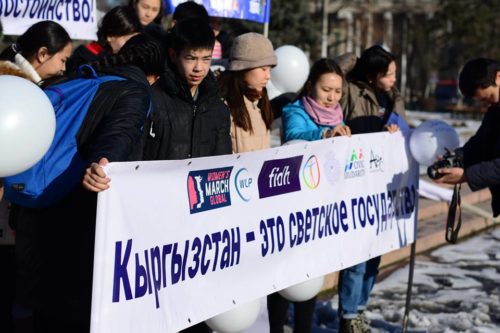 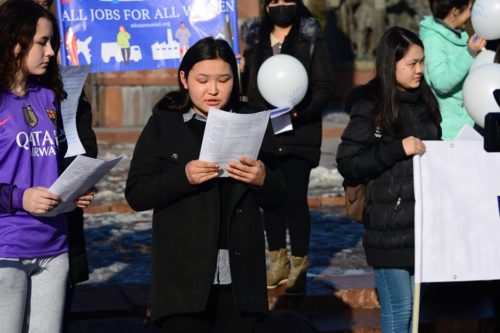 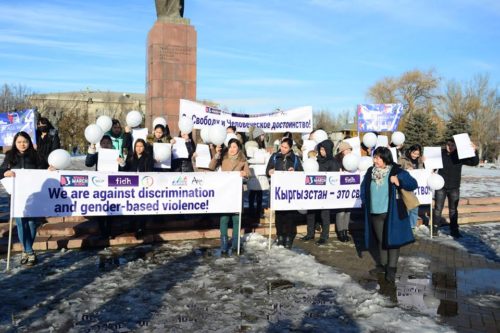